Eye of The Tiger • December 8, 2021 • https://ehspress.org/816/arts-entertainment/why-is-the-google-dinosaur-blocked/

Why is the Google Dinosaur blocked? 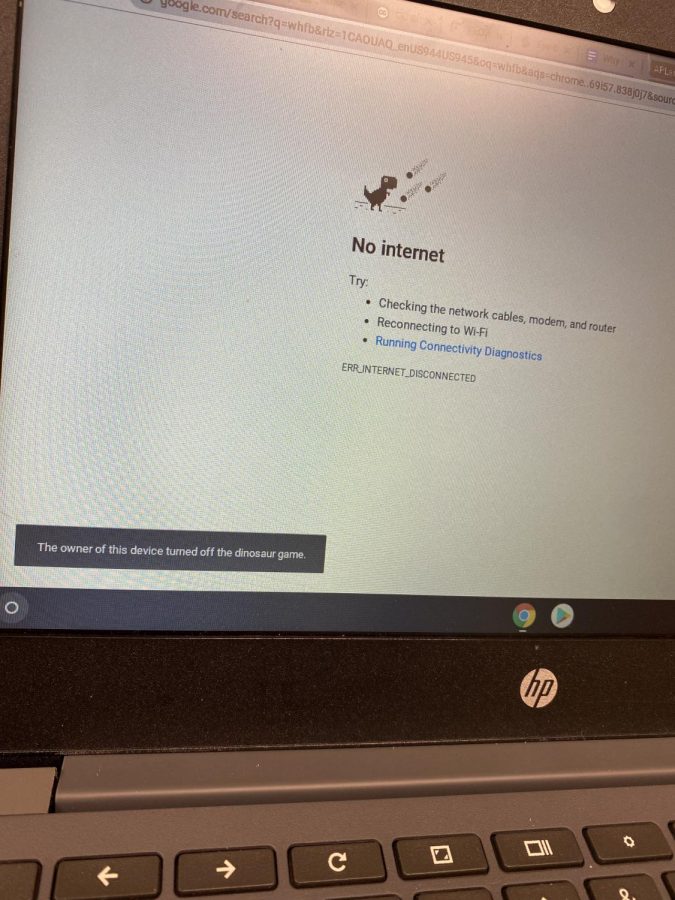 In the latest block of websites on school Chromebooks, students have voiced their opinions over the disappearance of Google Chrome’s offline “Dinosaur Game”. The game features a dinosaur that can jump over cactuses and duck below pterodactyls. The “Dinosaur Game” appears when the internet goes down–making for a fun distraction during an internet outage.

Erin Collins had strong opinions on the block. “The game wasn’t hurting anyone, and you can’t even play the game unless the internet is out, so what else are you going to do during that time?” Collins said.

Elkins High School Head Principal–Mrs. Lambert– heard their opinions, but said that the school isn’t to blame. “All decisions for the blocked websites are through the County. We can look into it, but unfortunately, that isn’t something that we have control over.” Lambert stated.

Mr. Currence–the Assistant Principal –was just as surprised with the news that the game was off the Chromebooks. “I have no idea why it’s blocked… I love that game!”